On December 11th, 2015, the Impact Centre of Competence held its Annual General Meeting (AGM) in Alicante. This meeting is open to all member of the Centre and it has as objective, apart from designing the vision of the Centre in the next year, to provide our members a forum to share expertise and showcase their latest advances in digitisation and related fields.

We started the day with the Executive Board meeting, where crucial aspects of the ICoC were discussed. After this EB meeting, the rest of the members joined the Board for the AGM. 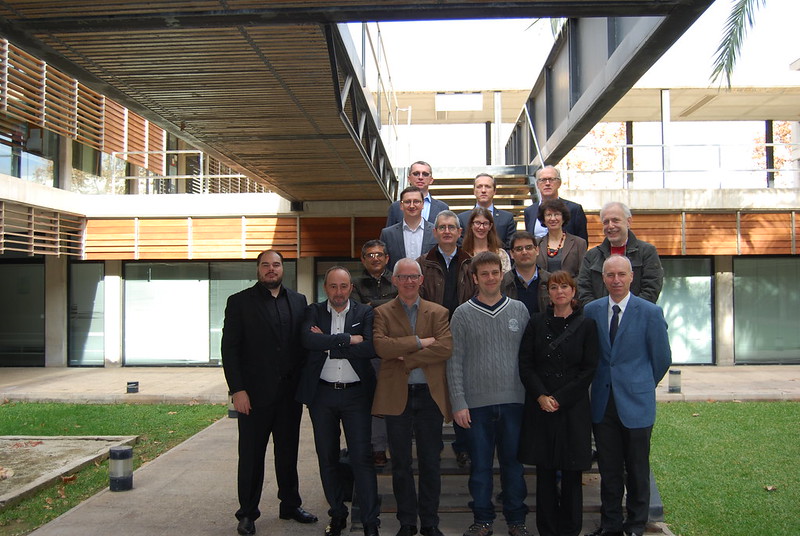 Then, Rafael Carrasco, Scientific Director of the Centre, presented the activities report for the years 2014 and 2015. The main conclusion is that sharing expertise will bring the Centre and its members more opportunities.

After the presentation of the activities, Isabel Martínez, Manager of the Centre, presented the accounts of the year 2015, and Francis Ballesteros, Director of the Centre, took the floor to present the Impact Centre of Competence expansion in Latin America, led by the Universidad de Guadalajara (Mexico), and in Asia (still in a preliminary phase). 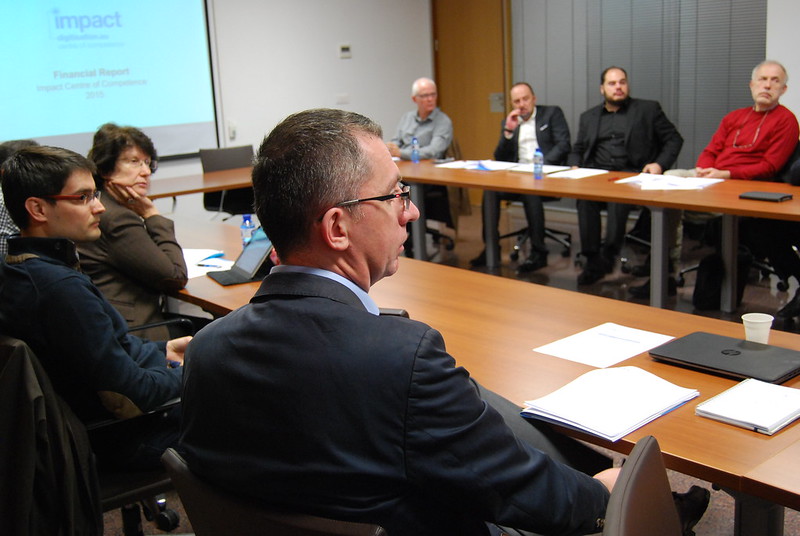 Then, it came the turn of the members to present their recent work in digitisation and related fields. These presentations started with Gustavo Candela, from the Biblioteca Virtual Miguel de Cervantes, that presented the Semantic Web of this library. 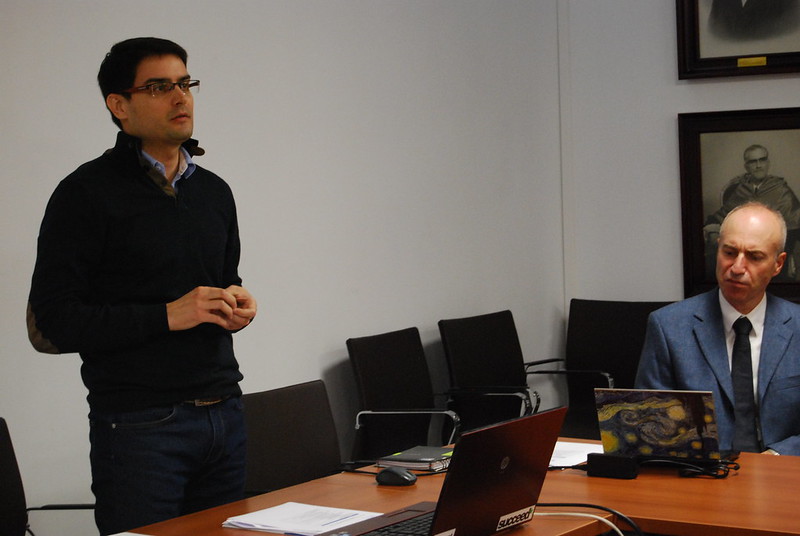 
Tomasz Parkola, from PSNC, presented to the audience the possibilities that makerspaces or fablabs offer to the digitisation community, and also he talked about the new Impact Centre of Competence R&D Group, of which he is Director. 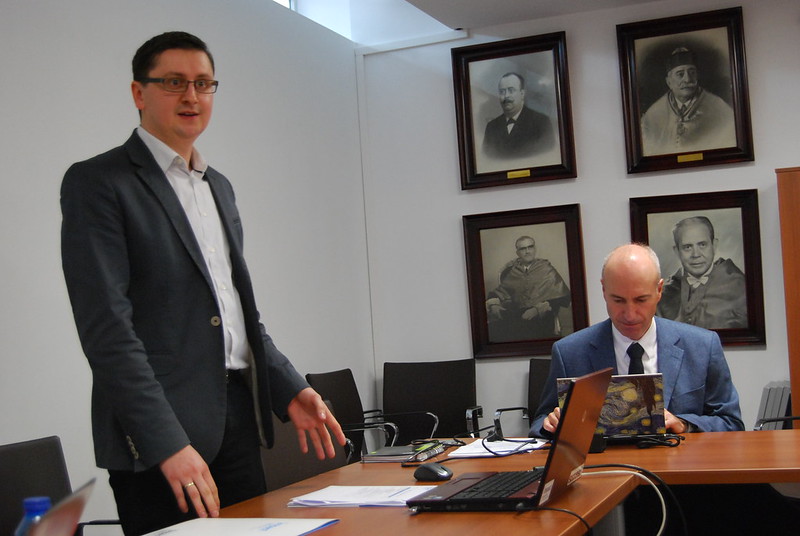 Anne Tomasi, from BIT Entreprise, connected via Skype and presented, with a demo, their tool BIT Alpha, a complete OCR system.

After the lunch break, Marc Verbrugge, from the KU Leuven, took the floor to present Words and numbers, about their work with historical languages, specially Latin. 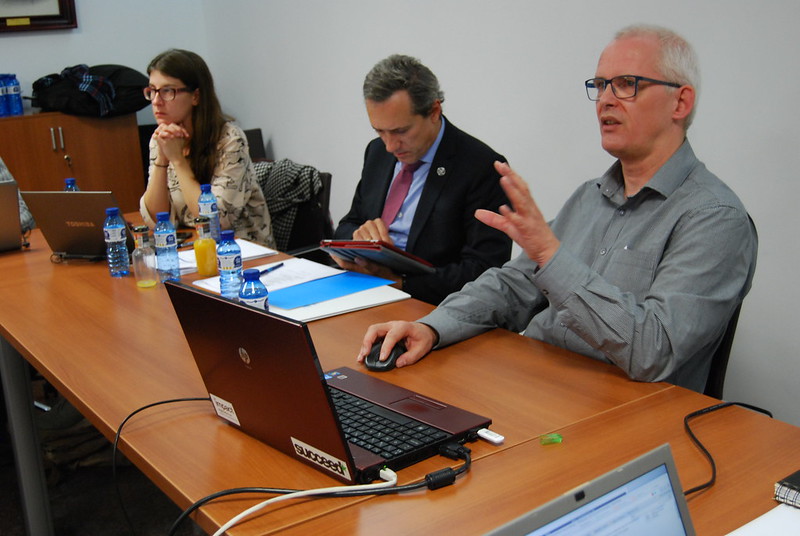 Finally, Antonio Guillermo Martínez, from the company LIBNOVA, presented their preservation system, one of the best rated worldwide. 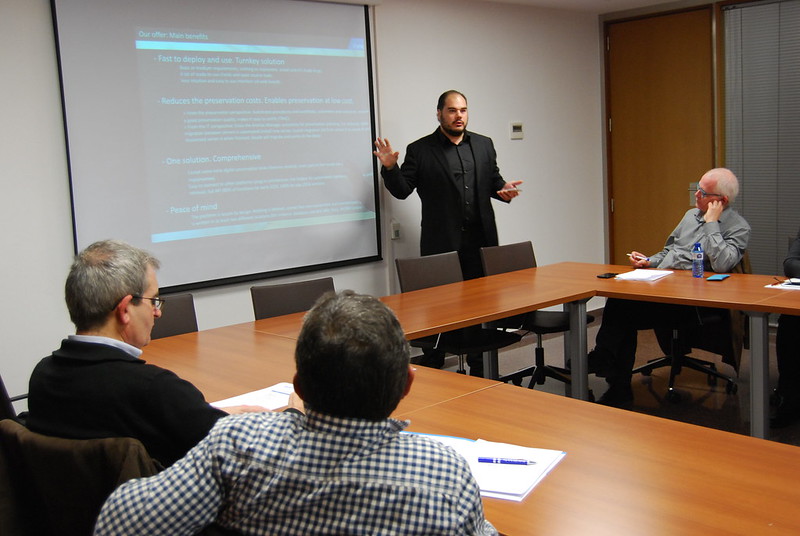 Once the members shared their expertise, it was the turn to look forward and plan the activities to be performed during 2016. These activities include: