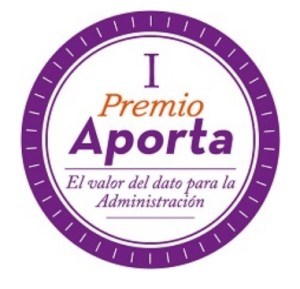 The Fundación Biblioteca Virtual Miguel de Cervantes, member of IMPACT Centre of Competence Executive Board, has received the second Aporta prize in 2017 for its project “Miguel de Cervantes Digital Library, a new approach to digital libraries”. The prize is promoted by Spanish Government through the Department of Information Society and Digital Agenda, the public entity Red.es and the Department of Digital Administration.
The Aporta prize has the aim of promote and recognise success stories as an example for public entities to foster the digital transformation and innovation. Originality, usability and impact have been the key factors for the evaluation.

Since its origin, in 1999, the Miguel de Cervantes Digital Library has adopted an open and dynamic point of view regarding the publication of tools and contents, aimed at both academic and general public. Cervantes has been a reference for other organisations, contributing to the exchange and dissemination of good practices, thanks to the work of its multidisciplinary team, formed by professionals in Technology and Humanities.

The winning project of the Fundación Biblioteca Virtual Miguel de Cervantes aims to promote the sharing and reuse of data, as well as the dissemination of good practices. The work carried out in this area has been presented at international conferences in digital libraries and digitisation, such as the DATeCH International Conference. A number of national and international institutions, including Wikidata and the BBC (British Broadcasting Corporation), have been interested in the project and the reuse of data from the Miguel de Cervantes Digital Library catalog.